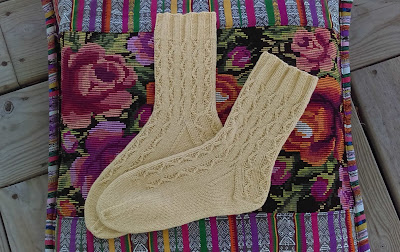 
This pattern is free, but it is still copyrighted. So, please feel free share a copy of this pattern or knit these socks, but please do not sell the pattern or sell socks made from this pattern. Thank you.
Posted by Amy Tyler at 9:53 AM